Surprised this wasn't allowed before, given that it's always worked pretty well for the lady religious orders.

Politics and The Blob

The Catholic origins of the EU

A very educational ready by Elena Attfield on a lot of stuff I didn't know about the importance of Catholics in starting the EU, and how its founding principals have been betrayed.

While the project of European integration of the past two-thirds of a century has revived countless debates about national sovereignty and migration, curiously little is still said about the conception of it borne by three of its pioneers and much of the political appetite of the time. Informed by a combination of Pope Leo XIII’s affirmation of the body-soul relationship between the State and the Catholic Church and the seemingly innocuous ecumenical model of Christian Democracy, Robert Schuman, Konrad Adenauer, and Alcide de Gaspari—the respective leaders of France, Germany, and Italy who are today revered as three of the European Union’s four principal founders—sought to heal the wounds of a war-torn and divided Europe with the remedy offered by the perennial social teaching of their universal faith.

Something I had not really thought about but makes sense when you think about it, the ancients had a very different version of liberty than we do today, as a result of them being small homogenous cultures for the most part, and us having many different folks living together. Ancient liberty required a much more direct involvement in government, and allowed for one religious view, broadly accounted for, in government. Modern liberty, due to our commercial nature, is found in indirect government and freedom from interference.

Religion and the size of government

A very interesting look at how the attitude towards independence and security has changed over time.

And, above all, security has become a fetish among all classes of society, from the lowliest wage-earner to the president of the corporation. To be sure, security against the exigencies of life has always been a human aim. But, while in the last century man made provision against disaster, in insurance, in paying off the mortgage on the old homestead, in savings, the tendency during the latter half of the twentieth century is to put the burden of one's security on society. The young man entering the business world is not concerned with the chances of advancement that are open to industry and skill, but rather with the pension system provided by the company; and the candidate for president of the corporation is concerned with his retirement even as he takes on the duties of the presidency. This change of attitude from personal responsibility to collectivized security is probably the result of the income tax; it would be difficult to trace it to any alteration in human nature or any deterioration of character.

The author is of the opinon that the state has more or less taken the role of a Freudian religious hierarchy, in a society attempting to return to the nurturing environment of the womb. The transformation was made possible by the income tax, which made everyone much poorer and dependent on those returning that same money to those same people. And once you've paid 40% of your paycheck to the government, you're less likely to want to take any chances, and more likely to play it safe. Anywho, this is taken from a book "Out of Step: The Autobiography of an Individualist".

On a small hiatus but wanted to wish everyone a prayerful Advent.

Why the State Won't Tolerate Independence for Christianity

As Nisbet argues in his book The Quest for Community, a social group cannot survive for long if its chief functional purpose is lost, and unless new institutional functions are adapted, the group’s “psychological influence will be minimal.” No doubt the state has succeeded in centralizing so much power due to its success in poaching the historical functions of the church and family.

An interesting read - basically, as anyone can see, the state has gradually been replacing families and religions functionally, and is now more aggressively replacing them. 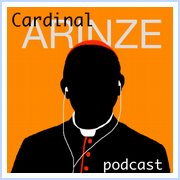